Juste Une Trace works with artists and entrepreneurs since 1996.

JUSTE UNE TRACE is our brand that allows us to identify cultural projects that we accompany along the road and stay actively involved with. Founded in 1995 by Paul Bessone, AMOC gives support and advises companies, creators of new projects, and artists within the framework of training programs or on a case by case basis by helping to set up a project, giving legal advice, or by providing management consulting and auditing services.

1996 : Production of first album “Noon Moon” by Domiques Verhes with Ramon Fossati in charge of artistic direction and engineered by Gerard Lehner. To this day JUSTE UNE TRACE has participated in the creation of just over 60 albums (more than 700 works recorded). AMOC also participates in the organization of live tours, in particular for the guitarist D’Gary; we have also produced over 100 concerts since the beginning.

1999 : founding of L’Institut des Métiers de la Musique | IMM Paris
IMM provides education and training in communication, administration and the sales and marketing of music (in 2008 we opened an office in Montreal). JUSTE UNE TRACE has become an integrated educational tool for the school.

2003 : the 25th jazz album for the label. Artistic direction can change.

2007 : French protest-song with legendary Francesca Solleville and the singer songwriter Dominique Grange about May 68.

2012 : after having been awarded the Grand Prize from the Hot Club of France for the album «Duke Ellington is alive» by the Laurent Mignard Duke Orchestra, Juste Une Trace grants a license to Columbia for «Ellington French Touch» and then «Battle Royal» which was co-produced by the Festival de Jazz à Vienne. Juste Une Trace continues to develop new projects: the guitarist Matthieu Rosso’s first album, «Peacemaker» by Ozma, and proves even more our desire to work with artists with strong personalities and great human qualities: Laurent Mignard, Jay & The Cooks, Treponem Pal.

2013 : the label releases the 1st album by the noise rock band LCDK, «Notre Longue Marche» by Dominique Grange commemorating the 45th anniversary of the May 68 revolution, which includes original recordings of the time. Juste Une Trace continues as well with the development of very diverse projects: Jay & the Cooks (Folk-Roots), Treponem Pal (industrial, metal, remixes), several jazz artists… projects that have to be nurtured and developed over several years.

2014 : release of «New Tales», Ozma takes a new direction towards experimental progressive rock, releases Jay & the Cooks first album along with a number of videos. Juste Une Trace continues to search for and be involved in the development of a wide range of projects: Treponem Pal remixed by Asian Dub Foundation, Lofofora, Dee Nasty… Jazz with excellent artists such as Laurent Mignard but we are also putting in place new strategies to be better able to accompany creators and new projects with initiatives such as direct crowdfounding.

2015 : release of «No Monster», an album by the guitarist Matthieu Rosso, release of an album of French songs by Radiosax, a new project in the works with Jay & The Cooks. Juste Une Trace will be getting more and more into audiovisual production and will be diversifying with new products and services in its online store.

2016 : release of «Offshots», an album by Four Free, the quartet of the pianist Chris Jarrett, release of « I’m Hungry » by Jay and The Cooks.

2017 : release of « Intacts » a French indie rock album by Paul Pechenart (ex-Dogs), « Rockers’ Vibes » by Treponem Pal is released for the thirtiest anniversary of the legendary metal indus band. Release of « TDAH vol.1 » by the folk singer songwriter Allan Hurd. Preparation of a new recordings for Jay and The Cooks and also for an indie rock project from a Montreal band.

2018 : release of « Up The Mississippi » the third album of Jay and The Cooks, release of « Jazzy Poppins » by Laurent Mignard Duke Orchestra, release of « Distorsion Cérébrale » by the French Hard Rocker Jimm. Preparation of the first lp for the Death Metal band Split Brain.

2020 : release of « Or Not To Be » by Pee Bee, release of «Songs for Oscar» by Laurent Bonnot with Marc Copland, Ramon Lopez and Gueorgui Kornazov, release of «Toupia» by Georges Beckerich. 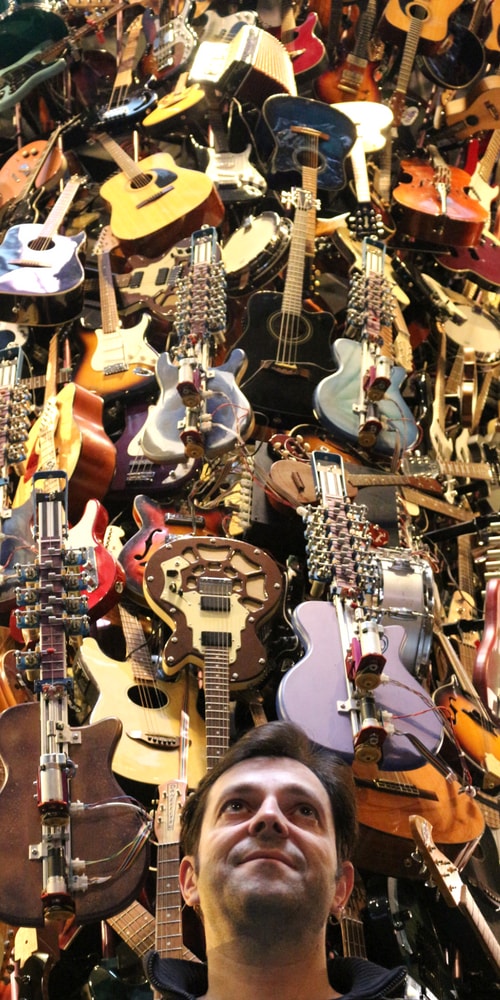