Dominique Grange met Paul Bessone for the first time in 2007 so he could help her recover the rights to her works. Without giving up on the first project (which came successfully to its end in 2011), and since Dominique Grange is a determined person, he advised her to use her abundant energy to develop new projects. A little bit like May 1968 when, armed with her guitar, she sang in occupied factories in support of striking workers. Dominique Grange is still “The” singer-songwriter who incarnates the essence of the protest song in France.

In the months following their first meeting Dominique Grange recorded “1968-2008… N’effacez pas nos traces!” for Juste-Une-Trace. Tardi decided to do a superb series of gouache drawings inspired by the album. The 80 pages of drawings were published by Casterman containing Dominique’s album. Juste une Trace has released a limited edition version ‘CD only” with distinct graphics and visuals (note to collectors…). Dominique Grange and Tardi created a real collaborative work; following the release several concerts were organized, where the Tardi’s images were projected simultaneously during the show, notably at the Café de la Danse in Paris and at the Festival Pop in Montreal.

The following year, fashioned along the same lines, Dominique Grange recorded the album “Des lendemains Qui Saignent”. The album was separately published by Casterman as well, with original drawings by Tardi and texts by the historian Jean-Pierre Verney. A show with simultaneous projections of the images took place at the Bibliothèque National de Québec and the Musée de la Civilisation de Québec.

In 2010, Tardi joined Dominique Grange on stage to read harrowing extracts from texts about the First World War.
Shortly after, Paul asked Dominique if she would be interested in putting together an album of recordings, some that have become part of our collective memory, which would trace back over the last half century the origins of the protest movement: « À bas l’État policier! », « Les Nouveaux Partisans », « Gueule Noire » and several other of her hymns were finally reissued in « Notre Longue Marche ». 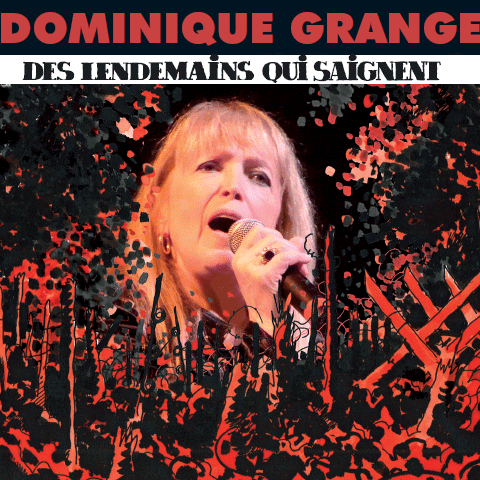 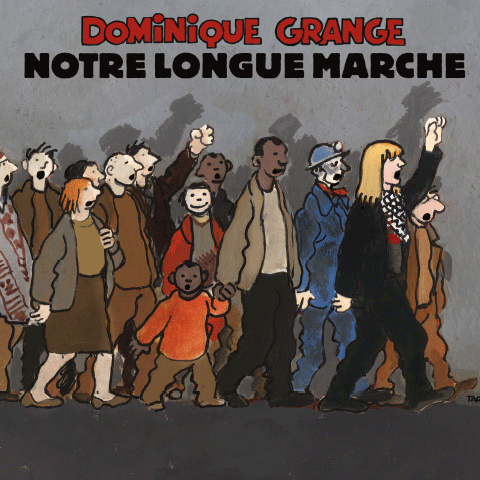 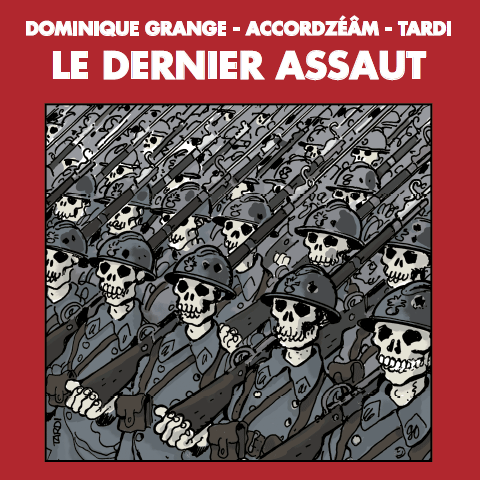