Radiosax’s first project includes five saxophones, a piano, a double bass and drums intended to take a new look at the most beautiful melodies from the “chanson fançaise” repertoire.

Radiosax puts the saxophone in the driver’s seat. Jean-Paul Mallet, Pascal Gaubert and Philippe Chagne are the main drivers.

Jean-Paul Mallet has played with Andy Emler, Patrice Caratini, Peter Gritz, Archie Shepp, Arthur Blythe, Larry Schneider, Marc Steckar, Manuel Villaroel, François Thuillier and Eric Lelann,… In parallel to his work in Jazz and improvised music he has been working since 2005 with the storyteller Abbi Patrix and the fiddle player Jean-François Vrod on giving new life to the art of storytelling.

As for Philippe Chagne he started his professional career in the 1980’s with the « Grand Podium » on Europe 1. He moved on to work with Jean-Louis Chautemps, Caravanserail, Roger Guérin, Claude Bolling and “Le Grand Orchestre du Splendid”. Philippe Chagne has also been seen along with Nino Ferrer, the Eric Lelann sextet, the Carl Schlosser quintet, Ramon Fossati Paris Barcelona Swing Connection, as well as the Gérard Badini and François Laudet big bands… Paul Bessone met him during his period with Orphéon Celesta, between 1996 and 2000. At the time the quartet was touring worldwide. Their roads have been crossing ever since the very first album released on the label (Souls Calls by Laurence Allison). Philippe Chagne went on to play with the Patrick Artero quintet, the Michel Pastre big band, the François Biensan octet, Ray Charles, Phil Woods, Johnny Griffin, Frank Wess, Dee Dee Bridgewater, Laurence Allison and Laurent Coq. In fact, he loves multiplying his musical experiences in very diverse forms on the saxophone, clarinets or flute. Since 2003, he has been playing with Laurent Mignard Duke Orchestra on baritone sax.

In 2012, Philippe Chagne presented Chansons et sons d’anches to Paul Bessone. The album was recorded in front of a live audience in 2014 in the Chevilly-Larue city theater.

Radiosax’s first project includes five saxophones, a piano, a double bass and drums intended to take a new look at the most beautiful melodies from the “chanson fançaise” repertoire. 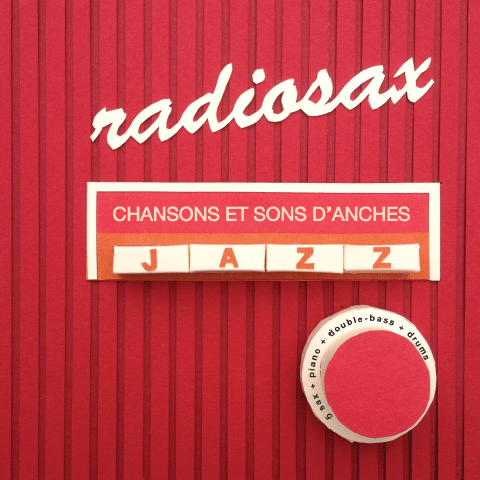