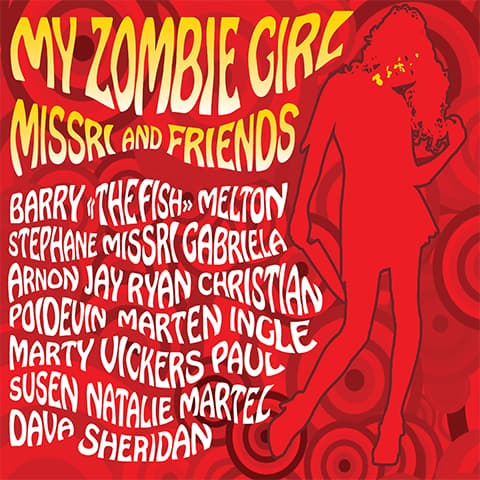 MY ZOMBIE GIRL is a humanistic Country Rock album, near Bluegrass and Roots music as psychedelic rock, by Missri and friends. For this crazy project, singer, banjoist, guitarist, author, and composer Missri is surrounded by many artists including Barry “The Fish” Melton. A kaleidoscopic sound journey where we find major influences such as Jerry Garcia and The Grateful Dead, Crosby Stills Nash and Young, Joni Mitchell, Steely Dan, Lyle Lovett, or Deroll Adams. 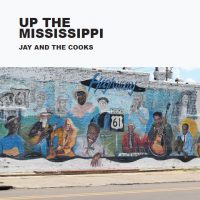 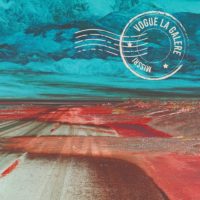 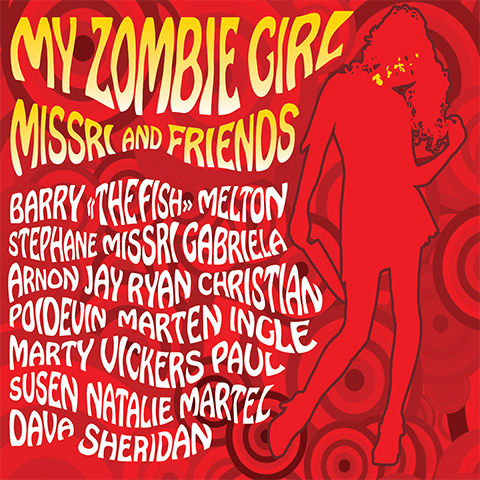 Singer, banjoist, guitarist, author, and composer as comfortable in the spheres of Bluegrass and Roots music as psychedelic rock, Missri is coming out with a humanistic Country Rock Album, surrounded by many artists including Barry “The Fish” Melton. This is MY ZOMBIE GIRL, by Missri and Friends.

For the album, entirely sung in English, the artist, born in Algier, surrounded himself with musician friends, most of them from the United States. Together, they gave birth to a new polymorphous creature: a refined album of Rock, Blues, Bluegrass, Folk and sometimes even Psychedelic influences of 12 tracks : MY ZOMBIE GIRL, recorded in Paris on analog tape, with a few takes recorded in Clearlake (California).

Missri is on guitar and vocals as well as the legendary Barry “The Fish” Melton (Country Joe and The Fish, you remember Woodstock). Canadian Marty Vickers (Chuck Berry, Percy Sledge) is on drums and percussion. The Americans Paul Susen (The Misfits), Marten Ingle (Tony Allen, Jim Murple Memorial) are respectively on fiddle and bass, Jay Ryan (Jay and the Cooks, Yohan Asherton) on vocals on a track, the New Yorker Gabriela Arnon (Gotan Project, John Grieves) on keyboard and vocals. Californians Natalie Martel (John Cipollina) and Dava Sheridan accompany the musicians on vocals. Finally, the Frenchman Christian Poidevin (Wells Fargo, String Fellows) is on harmonica and guitar.

It was in 2020 that the creation of MY ZOMBIE GIRL began. Accompanied by Christian Poidevin, Missri put together his compositions, arrangements, and texts. Each musician on the recording then brought his own personal touch and experiences to an album enriched by their different worlds.

Missri and friends lead us through a kaleidoscopic sound journey where we find major influences such as Jerry Garcia and The Grateful Dead, Crosby Stills Nash and Young, Joni Mitchell, Steely Dan, Lyle Lovett, or Deroll Adams.

MY ZOMBIE GIRL is a metaphor of life, its changes, its transformations, its cleavages, its upheavals, but it is also a tribute to feelings for the one you love.

With San Francisco-West Coast influences, but also glimpses of Country Rock, Folk and Psychedelia, Missri & Friends delivers a sincere album that questions relationships between people, whether fleeting or eternal, and underlines the friendship that links all these artists who have been playing together for several decades.